The return of the prodigal son by Henri J.M. Nouwen 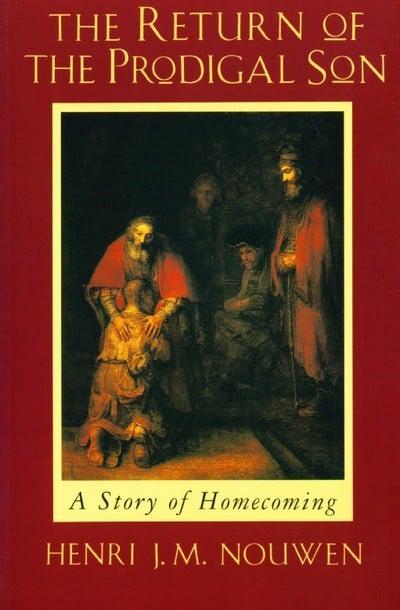 Although Henri died in 1996, he is referred to as one of the most influential spiritual writers of our time. He has written at least 15 books, including “The wounded healer” and “Love in a fearful land.”
A chance encounter with Rembrandt’s painting “The return of the prodigal son” in 1983 sets Henri off on a long spiritual adventure, leading to a new understanding of his vocation and to writing this book.
The book gives some background into how Henri started on this journey, which included spending several hours contemplating the original painting. Three chapters then focus on the younger son, three more on the elder son and three on the Father.
I personally found the book amazing! It gave me greater insight into this parable than I have previously known.
A couple of the over 2,000 Amazon reviews state, “One of the best books I have ever bought” and “An excellent book on the prodigal son, as it looks at the story from the viewpoint of both sons and the father. The text is well written and full of insight.”
The final chapter challenges us from living away from the Father like the sons, to becoming like the Father.