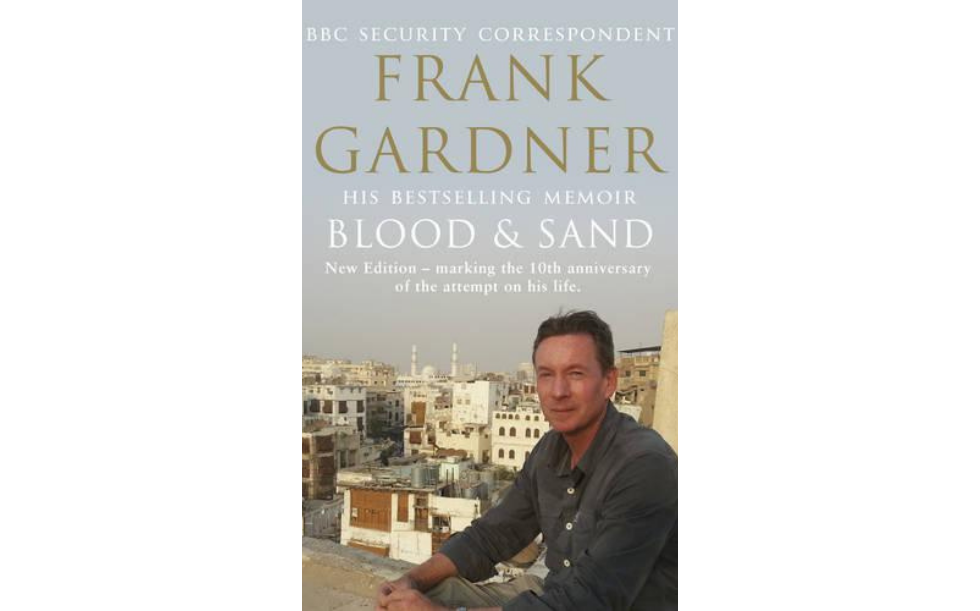 This is a very impressive auto-biography by a regular foreign news reporter on the BBC. He is well-known there as the BBC Security Correspondent reporting from his wheel chair.

His book begins with his account of his ambush by Al-Qaeda in Saudi Arabia in 2004. He was left on the ground bleeding from 11 gunshot wounds surrounded for half an hour by silent local bystanders who offered no help. His cameraman,  Simon Cowles, had been killed. The police, and the British Embassy were alerted and the Ambassador, who knew Frank, duly arrived. He is quickly seen in a good Riyadh hospital and was soon transported back to the London Hospital which became his home for some time.

The book then goes back to Frank’s younger days, when he first became fascinated with the Arab world and went to Exeter University to study Arabic. As a gap year the students went to study Arabic on the ground in Cairo where Frank would always try to stay with local families, rather than with the students.

He goes on from there, eventually getting a job in the City with an Arab bank and then working in the Middle East from some Merchant Bankers. He got bored with that, although it was very well paid, and as he had started writing some journalism soon landed his position with the BBC during which time he was ambushed..

The book then reverts to his long recovery period back in the UK. In many ways, this is the book’s most impressive section. He has stays in specialist hospitals and eventually emerges into his present position. It describes a man totally determined to overcome the worst, come what may, and a great encouragement to his multitude of carers. His faith? Not evident, although noting the occasional Christian background in his travels. But still very inspiring nevertheless, and a lesson to us all.